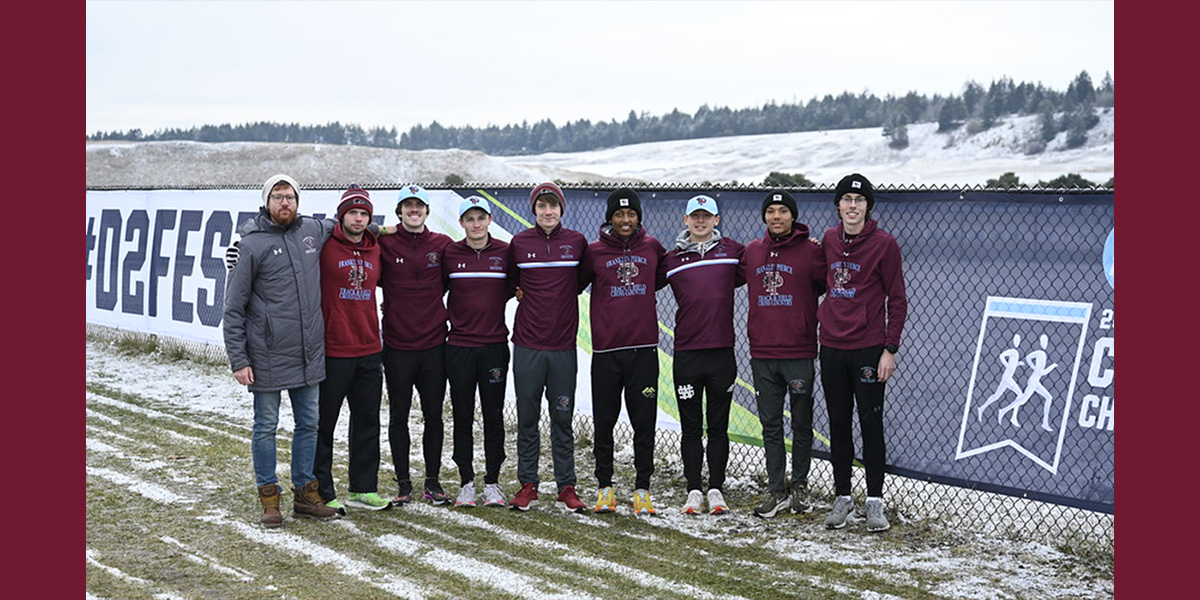 Graduate Riley Fenoff (Danville, Vt.) was the first to cross the finish line for Pierce after putting together a 10k time of 32:08, placing 170th out of the 257-runner field. Fenoff's leading efforts in his final collegiate race headed what was an amassed 940-point outing for Franklin Pierce on the national stage. Junior Ryan Outerbridge (Paget, Bermuda) also placed in the top 200 racers, crossing in 195th with a 32:25.5 finishing time.

The middle of the pack featured performances by graduate Sebastien Vicary (Ulceby, United Kingdom) and junior Ryan Walker (Seabrook, N.H.). Vicary, like Fenoff, was lacing up the spikes for his final collegiate cross country race, and finished with a time of 32:54.2, placing 221st. Walker finished in the 233rd position in 33:17.1 to put the cap on his respective season.

As the bottom three finishers in the meet, sophomore Thomas Darrah (Thetford, Vt.) came through in 181st as he clocked a time of 33:41.8, with junior and recent USTFCCCA Male Athlete of the Year recipient Wondu Summa (Burlington, Vt.) finishing close behind in 240th, just 17 seconds later.  The race concluded as junior Evan McNeice (Wethersfield, Conn.) was the final qualifier to cross the line, finishing 257th with a 36:16.5 race time.

The festival crown was claimed by Colorado School of Mines, who ran away with the title following seven top-30 finishers, totaling 43 total points for the win.

Congratulations to the team on the great season!