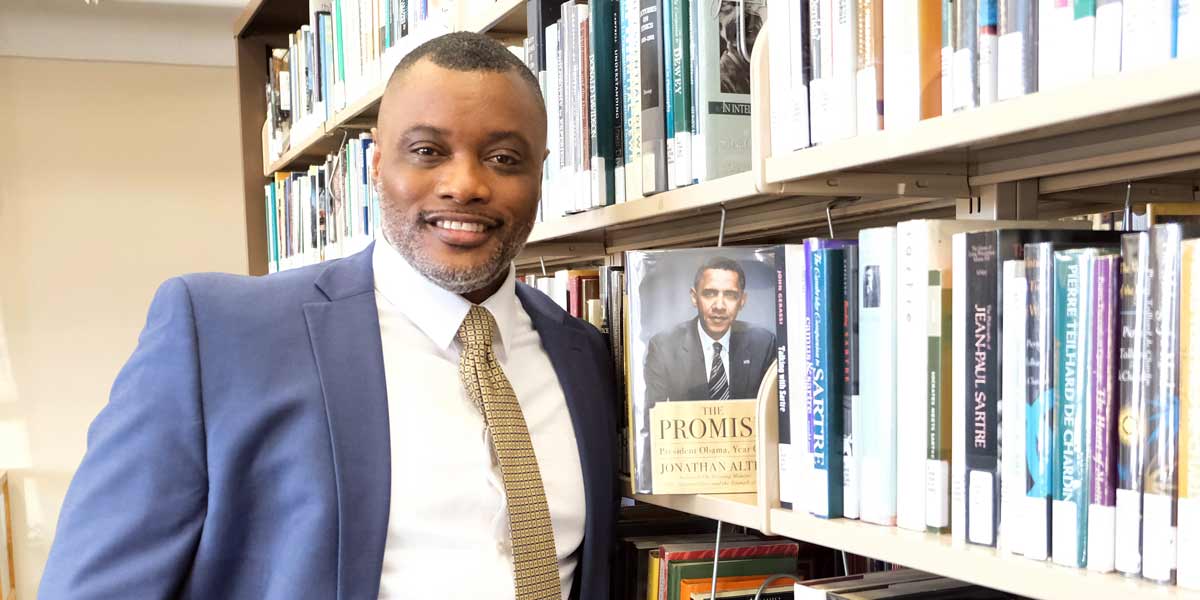 The MLK in YOU

MLK in the March on Washington for Jobs and Freedom, in Washington, D.C. on Wednesday, August 28, 1963. The purpose of the march was to advocate for the civil and economic rights of African Americans.

In 1944, Morehouse College, then known as Augusta Baptist Institute, admitted a promising young man to their academic ranks named Martin Luther King Jr. No one could have imagined that this “ordinary student” would influence, inspire and change the trajectory of our nation and world in his 39 short-lived years.

This week marks both the federal holiday celebrating Dr. King and the time when colleges and universities across the country hold the sixth annual National Day of Racial Healing.

As we reflect on the topic of racial healing and consider King’s life and remarkable accomplishments., it is equally important to understand his journey. While the majority of us may never reach the heights of influence achieved by Dr. King, it is important to remember we all possess the possibility, and even the responsibility, to develop ourselves in such ways that uphold “the sacredness of humanity and requisite rights as our cardinal doctrines.” We would do well to remember that Dr. King was just an ordinary man, though one who did extraordinary things.

Among his accomplishments, King served as a driving force in securing basic civil rights for black Americans, including the Civil Rights Act of 1964 and the 1965 Voting Rights Act. He played a crucial role organizing and leading the protests which led to the U.S. Supreme Court ruling that racial segregation on public buses was unconstitutional. His contributions to the 1963 March on Washington and his epic “I Have a Dream” speech delivered from the steps of the Lincoln Memorial is viewed by scholars as the defining moment of the American Civil Rights Movement.

The Importance of mentorship development

According to a documented account from his close college friend, Walter R. McCall, Martin Luther King Jr. was an ordinary student who took his studies seriously enough to get by. While in college, King was active in many campus and community organizations, including the oratory and debate team, sociology club, student council, glee club, minister’s union and more.

King also sought out mentors, one of whom was Morehouse College President Benjamin E. Mays, who according to King, was “one of the great influences in my life.” Dr. King was further influenced by undergraduate professor Gladstone Lewis Chandler, who helped develop Dr. King’s style of oratory and debate, through which he won second place in the John L. Webb Oratory competition.

The marrying of his college studies, community involvement and mentorship opportunities contributed to the development of his social and political views. In 1946, a 17-year-old King wrote a letter to the Atlanta Constitution newspaper as a response to a series of racially motivated lynching’s and murders in Atlanta.

King wrote, “We want and are entitled to the basic rights and opportunities of American citizens: The right to earn a living at work for which we are fitted by training and ability; equal opportunities in education, health, recreation, and similar public services; the right to vote; equality before the law; some of the same courtesy and good manners that we ourselves bring to all human relations.”

We know that while there is still much more work to do, our country has seen huge gains in equality not experienced in the 1940s. We are blessed to live without the legal stranglehold of segregation, and we rejoice in the declaration of voting as a right for all citizens. We celebrate our differences—whom we love and how we present ourselves to the world and we find common ground in our strengths and weakness.

We have come a long way from the legal oppression of our immediate ancestors. Yet, we still witness violence against Black and Brown people through racially motivated attacks and often the ingrained biases in our criminal justice system fail those who seek protection and justice. Today, as in the 40s, we hear the alarm bells of a failing promise of equality that the 14th Amendment describes.

We continue to see citizens denied access to our systems of voting. We grapple with the concept of human rights for our incarcerated neighbors. We are still faced with policy-induced poverty and economic segregation that serves as a political wedge for some and a silencing of our history for others. Indeed, we are in the new phase of the civil rights and social justice work espoused by MLK—and this work continues today.

In modern-day America, we are the recipients of the yeoman’s work of an ordinary college student who did extraordinary things. We all have the capacity to do extraordinary things each day. Whether it’s mentoring someone in need, respecting someone’s preferred pronouns and gender identity, writing your congressperson or senator, or simply sharing a kind word with your neighbor, each act demonstrates the sacredness of humanity.

As Americans reflect on this week’s celebrations in our own way, we can and should take the opportunity to unlock the possibility present in each of us to make the world a better place. We just need to recognize and summon the courage in ourselves to make it happen.

Read the full article on the NHBHE website here.